Our Post-Enlightenment Era: The Sleep of Reason Breeds Monsters

Are you confused by the term “post-modern” or “post-modernity”? I don’t blame you. I have read a good deal of baffle-gab that makes excuses for its absurdities, its defects, and its excesses because it really wants to be considered avant-garde and fashionably “post-modern”. The problem with such material is that the author never really understood the meaning of “modern” to begin with. Therefore, with such an unstable footing, how could these post-modern authorities truly understand what it means to be post-modern at all?

Let’s correct this deficiency by putting a few historical facts in focus.

It would be far more revealing of our post-modern condition if by the term “post-modern” we understand “post-Enlightenment”. The term “modern”, in its contemporary usage, has no precise form and no clear definition. It’s sloppy. It’s foggy. It has about as much semantic clarity as the word “democracy”. When even Nazis like Josef Goebbels could promote fascism as being “authentic democracy”, and deceive many otherwise intelligent people about this in his time, something is wrong with the form and content of modern thought. No thanks to our commercialised culture, a man or woman today believes they are being “modern” if they buy the most up-to-date washing machine, computer, or automobile, even if they live (obliviously) under a dictatorship (but nevertheless call it “our democracy”). 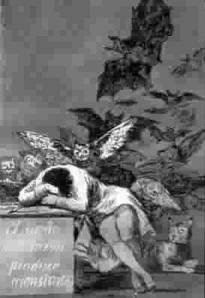 On the other hand, the European Enlightenment, which represents the concrete self-consciousness of what it means to be “modern”, was specific and somewhat definite in its self-understanding of what it meant to be “modern”. The Enlightenment Era is also called “Age of Reason” to distinguish it from The Age of Faith (the Holy Roman Empire and the hegemony of the Catholic Pope). The meaning of the word “modern” is intimately connected with that self-understanding. Consequently, the term “post-modern” and the term “post-Enlightenment” have the same meaning, signifying the end of the Age of Reason — also of the end of the  ideal of “Universal Reason” and (more disturbingly and by extension) of the principle of universality generally with all the social, cultural, and political implications of that. Therefore, if you want to understand the meaning of our post-modern condition, you must necessarily understand what were the central concerns, interests, and projects of the Enlightenment philosophes (also called The Encyclopediasts) whose foundational values and interests (many of which were formalised politically in the American constitution and in Tom Paine’s Rights of Man and his Common Sense) are now being actively negated and emptied of meaning, especially since the conclusion of the First World War. (We will address the odd and uncanny discrepancy between the ideals of “Universal Reason” and that of “Common Sense” in later posts). The post-modern condition means the negation of all Enlightenment values and ideals, and most especially of its central principle of universality (inevitably, therefore, of the principle of equality). This negation is what is today understood as value nihilism and even as “The Revolution of Nihilism”. This value destruction is recognised as being at the heart of the post-modern condition. It is the destructive negation of all Enlightenment virtues and values, which began with the First World War, but which have served as the guiding stars for much of the social, political, and cultural life of the Modern Era.

I will have more to say about the malicious destruction of the principle of universality by über-conservative reactionaries in later posts, as this has become characteristic of post-modernity. Here, though, we want to explore the meaning of the term “modern” as a value in its own right, and why the recognition that we are now “post-modern” represents a fundamental insight into our current negation of the meaning of “modern” as a value, (for “modern” is often used interchangeably with “liberal”). Upon inquiry, we will find that the root meaning of the word “modern” is found in the Latin word “modus“, meaning “measure”. The word “modus”, in turn, also informs the meanings of significant word-values like “moderate” and “moderation”, “modest” and “modesty”,  “model”, “mode” (method or means),  “modify”, “module” and “modulate”.

The negation of these values is formed by the prefix “im-” (or ‘”in-” or “un-“) as, in English usage, “immoderate” and “immodest”, or generally “unmeasured” or excess.  All the meanings of modus have the same significance as the meanings of the words “ratio” (which informs the word “rationality”), or as proportion and proportionality (as measured response), as against the irrational (the absurd) and the disproportionate (the extreme or excessive) — therefore the unbalanced. We all know that “unbalanced” often means “insane”, irrational, mad, or crazy.  In other words, “modus“, as measure, does not have as its primary significance the meaning of quantity or quantification (and therefore of the mass, which — like individual — is a term borrowed from physics). It is first and foremost a sense and quality of rhythm, measuredness, balance, proportionality, and not the meaning of numbers soaring into the stratosphere on stock market ticker tapes or opinion polls. In essence, rationality is not primarily quantification or “logic”. It is a continuous balancing of life’s equation (equanimity in Buddhist terms) that comes with a primarily aesthetic and intuitive sense and feeling of proportionality and balance such as we find principally in art, poetry, dance, and music. It is a rhythmical-ness, in other words, that emerges from a soul sense of equanimity restored (another word for proportionality), which is the authentic — often subliminal — underpinning of reason and of rationality itself.

(We will discuss this true nature of reason as a proportionality that arises from a deep inward sense of equanimity in later posts to The Chrysalis. For the time being, it is significant to note that Nietzsche — one of the greatest philosophers of recent times — believed that thinking and true “rationality” should be experienced as rhythmical and proportional, like dance or music, and not as mere calculation contra Hobbes — a neo-conservative favourite).

The philosophes of the Enlightenment (“enlightenment” being somewhat of a misnomer, actually) did not invent their ideals from nothing. The ancient Greeks were the first to formulate what were to become the principles of what we call “modernity”. Even the name “philosopher” is taken from the Greeks, after all. And “modern”, as a moral value, has its contemporary roots in the Renaissance (ie, “re-birth”) of the classical Greek spirit. That spirit originally proscribed and eschewed what was deemed the one and only grievous sin amongst the ancient Greeks — hybris. Hybris means excess, extremity, and indulgence, also in the sense of immodesty and immoderation (the fatal sin of Narcissus being that he indulged and was self-indulgent). The Greek version of the “Golden Rule” (or the Golden Mean) proscribed all such extravagance and self-indulgence. “Nothing too much” or “Nothing in excess” is the meaning of the Apollonian Code. “Enough is enough” is the popular rendering of the more articulate and elegant Greek rule. To be modern in the classical sense is to eschew extremes and excess; is to forbid immodesty and immoderation as exceeding a limit or boundary.  We are “post-modern” because we have forgotten this rule. We no longer follow the rule.

But in the post-modern era, “greed is good” to quote Gordon Gecko from the movie Wall Street. All hybris is rewarded, even if it is ultimately destructive and self-destructive. Moderation and modesty are presently penalised. Extravagance is admired. Excess becomes laudable. Irrationality (which greed is) is promoted. We now believe, actually, that we have overcome and triumphed over all limits, as the Greeks knew and understood limit. Even the limits of reason. Yet, at the same time, we are now colliding with all sorts of new limits — Planck’s Wall, Goedel’s Incompleteness Theorem, or  Heisenberg’s Uncertainity Principle.

In the follow-up posts: the implications of the end of Universality (or Universal Reason), and more current attempts to revalue the meaning of universality in more realistic terms.

7 responses to “Our Post-Enlightenment Era: The Sleep of Reason Breeds Monsters”