Lately, I’ve been re-thinking Jean Gebser’s description of civilisations as “structures of consciousness” in terms of Antonio Gramsci’s (1891 – 1937) theory of “cultural hegemony”, and this seems a quite suggestive and fruitful way of reflecting on power, values, and consciousness structures.

“Hegemony”, from the Greek hegemonia, translates as “leadership”, “rulership” or “domination”. “Rulership” is the theme I want to stress in reconsidering consciousness structures in terms of hegemony, which means I must take Gramsci’s theory of cultural hegemony to a whole other level of interpretation that he didn’t consider.

In Gramsci’s theory, cultural hegemony “describes the domination of a culturally diverse society by the ruling class, who manipulate the culture of that society — the beliefs, explanations, perceptions, values, and mores — so that their ruling-class worldview becomes the worldview that is imposed and accepted as the cultural norm; as the universally valid dominant ideology that justifies the social, political, and economic status quo as natural, inevitable, perpetual and beneficial for everyone, rather than as artificial social constructs that benefit only the ruling class” (Wikipedia)

A “hegemon” may also be a geopolitical entity rather than a power elite. But the important point to emphasise in speaking of “hegemony” and hegemonic power is that the dominance exercised is often very subtle and indirect, even invisible. It is a kind of ubiquitous pressure or stress on individual and public consciousness and is, in that sense, what I have hitherto been describing as “the foreign installation”.

Hegemonic power in Gramsci’s sense of the term is exactly what the late influential and controversial conservative political scientist Samuel Huntington described as desirable for a power elite,

“The architects of power in the United States must create a force that can be felt but not seen. Power remains strong when it remains in the dark; exposed to the sunlight it begins to evaporate.”

That sounds, indeed, like a prescription for The Matrix or for Orwell’s fascist dystopia, and could well be considered a conspiracy against democracy and the public. Gramsci himself suffered an unhappy fate for his own exposing of the hegemon to the sunlight. 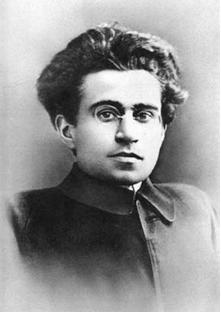 The hegemon personified is the demon Mara, who is a kind of psycho-spiritual parasite with whom Siddhartha has to do battle on his way to enlightenment. Mara is the perfect candidate for what we have been calling also “the foreign installation” and the image of the hegemon in the soul, who is called “the Architect”, “Lord of Illusion”, and as “Lord of my own ego” by the Buddha. Here, the significance of Mara as hegemon can’t be overlooked. It is his meaning. If the Buddha realised the ultimate truth, it is because he recognised the ultimate hegemon who was then “exposed to the sunlight” of awareness.

Or, as the great Rumi put it, “your boundaries are your quest”.

14 responses to “The Hegemon”